What is a grain? 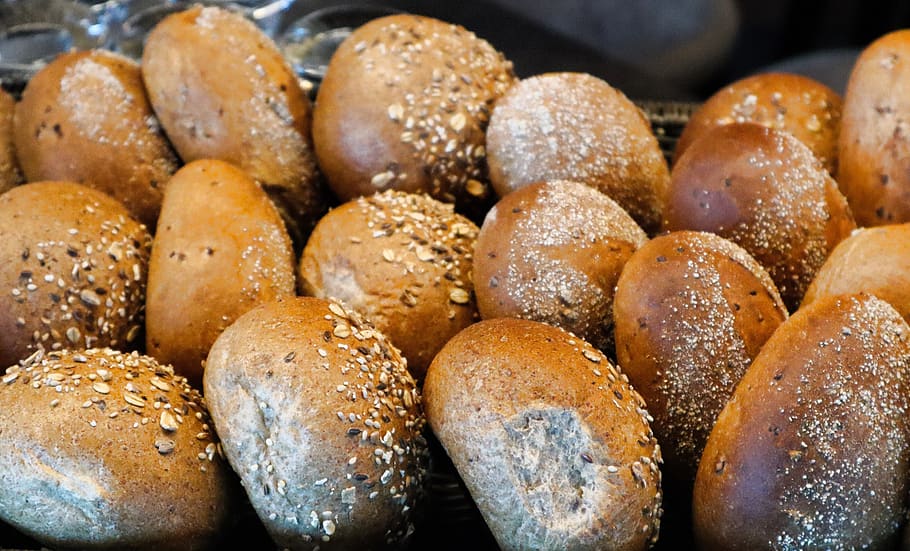 Grains have been around for millennia, and it’s even thought to have been a precursor to early civilization since grain farming and processing require one to stay in place rather than wander around hunting and gathering. Once harvested, grain can be stored long term, which also helped to provide food security.

Grains have come a long way since then, and now grocery stores have a near-endless supply of food but what to put in the cart since there are many types of grain and many products made from them. A grain has three parts, bran, germ, and endosperm.

The endosperm contains protein and carbohydrates, and the germ or embryo has antioxidants, minerals, proteins, vitamins, and oils. The bran has B vitamins and fiber.

If you take away the germ and the bran, you have refined grain, but that means no nutrients as well, but they do have a longer shelf life. The alternative is a whole grain that involves minimal processing, and therefore all the nutrients stay intact. Whole grains are better for you since it takes longer to digest, and it has nutrients such as potassium which may help to lower blood pressure.

Different grains produce different foods for mixed tastes and even diet restrictions. On the topic of whole grains, there’s wild rice, which was a favorite of early American natives, and now everyone else who doesn’t want to eat potatoes. Brown rice starts brown and stays that way unless you remove the germ and bran, which leaves you with white rice. Wheat is, of course, a worldwide staple and used for bread and pasta and pastries, but there are different types. There’s hard, soft, red, white, winter and spring.

Teff is a regional favorite in parts of Africa that’s fermented and used for a specialty flatbread named injera. Spelt, a high protein grain used for bread or pizza dough. Sorghum produces a popcorn-like dish called jowar dhani made in India and seasoned with curry leaves, mustard seeds, and powdered spices. Rye is a favorite for those seeking vitamin B, potassium, and protein.

The ancient Peruvians enjoyed Quinoa, a pseudo-grain, which has hundreds of varieties and sometimes used for breakfast porridge. There’s Amaranth, another pseudo-grain which was cultivated by the Aztecs and still has a use today for those who have celiac disease. Barley has a nutty flavor used in stews and soups and even porridge and flatbreads.

While whole grains might have been the main ingredient in cooking for many, there are refined grains and all their tastiness with probably the main one being wheat, which minus its germ and bran becomes white as in flour. What would tortillas, fajitas, burritos, and croissants taste like if made with whole grain?

Corn is a staple grown and consumed the world over. It has a wide range of uses like tortillas, masa, grits, polenta, and cornbread. Like wheat, brown rice minus its bran and germ becomes white, and the possibilities are nearly limitless.

But enough about grains, how about the so-called pseudo-grains also called pseudo-cereals. What are pseudo-grains anyways? Besides Amaranth and Quinoa, there’s buckwheat. Pseudo-grains are a favorite among the Paleo crowd; they are a substitute that has its pros and cons. They come from shrubs and bushes and are high in minerals, fiber, and protein. They contain no gluten to which some have a sensitivity, and some might say produce some of the healthiest foods you can eat.

Manufacturers use pseudo-grains to make rice and pasta alternatives, crispbread, and flatbread. Buckwheat and Quinoa have phytonutrients, and flavonoids thought to help with heart disease and diabetes and Amaranth, thought to benefit those suffering hypertension, heart disease, and cancer. Pseudo-grains are not without their detractors; however since they may not digest properly and may even cause stomach issues that people are trying to avoid by eating them in the first place.

Grains, in general, have received much negativity as grains contain gluten, the arch-enemy of many a digestive system. Modern culinary experts have produced a whole class of grain alternatives like cauliflower rice, coconut flour, and almond meal. However, nothing can replace the aroma of freshly baked dinner rolls. So the predicament remains. Perhaps moderation is the key to diet and good health.